My name is Alex Truell. I'm the editor for the Rathe Times. I'm a casually competitive player living in the U.S. who was fortunate enough to come across Flesh and Blood before Crucible of War (and therefore, before the game exploded in value). I was hooked fast in no time.

Strategically, I try not to follow trends, instead fixating on cards and tactics just outside the mainstream. Now that you know a bit of my background, you can view my thoughts through the proper lens. As a player who cares about the competitive environment, but doesn't have to live in it. As an optimist who loves the game, but can take a step back to critique it. And as a deckbuilder who revels in novelty.

"I thought no one played this game?"

This meme has firmly entrenched itself in the Flesh and Blood online community. But there's a word of warning to be found in it.

There's been an oft-repeated skepticism toward Flesh and Blood in the face of last year's meteoric rise in value: FaB is an investor's game, not a player's game. This is evidenced by the hearty community of collectors who, as they witnessed historic price jumps and value fluctuations, filled the internet with discussion in an effort to make sense of it all. The common complaint says, "I tried to learn about FaB on YouTube, but everything was finance videos."

Like it or not, our online communities are ambassadors to potential new players. People are forming first impressions based on us. And that's a big responsibility.

We need to get new players into the right environments to nurture their growing interest.

To use my own entry arc as an example, I heard the name Flesh and Blood occasionally across communities I frequented, but only started to actively investigate it after a 'best games of 2019' review from a game store. One of my first stops? Facebook, where I found the Flesh and Blood Fan Page and sent over a request to join.

This was back in the spring of 2020, and finance discussion wasn't a thing. Content creation was minimal. What we had were players trying to figure the game out, and players who had and were willing to share what they'd found. (The Flesh and Blood TCG Discord carries on this tradition today in the various class-specific channels.) In other words, it was a perfect community for cementing my interest in the game.

And that is so critically important! We need to get new players into the right environments to nurture their growing interest! Someone did the work to bring them here; we can't let them dry up at the root because we didn't give them what they need!

At this point, there are a few different communities for FaB across various platforms, and each caters to a different audience. One of the best things you can do when you spot a new player asking questions is to show them to the right room.

(If I missed a major online community, please let me know!)

So often I see someone who started out in one page and just assumed that's all there was. Discord is extremely unintuitive to those who don't understand it, but it's one of the best feeding grounds for new players who want to learn about their particular class! Conversely, the personal element associated with Facebook makes people there feel like friends- but those comfortable interactions can be confusing with inside jokes and playful teasing. I accidentally offended a hard-working event organizer when I clumsily employed the "nobody plays this game" meme. Who knows how many new players silently formed the same misunderstanding?

Know the strengths and weaknesses of our various communities. Then use that knowledge to direct new players to the right places for them. Eventually we all join all of these- but you have to start somewhere, and where you start makes a world of difference.

Thus far, decks designed to be new-player-friendly have focused on budget. That's super valuable! But it should be noted that not every new player sets their budget that low. Furthermore, when new players have a few Majestics or even a Legendary, they want to use them.

This is where upgrade lines are super useful. Drew Cordell's recent focus on Levia, from budget to pro, is a perfect example. It sets the low, accessible bar, lets them make what adjustments their collection supports, and gives players direction to build toward.

Also useful? Explanations. It is hard to read a decklist in this game and get an understanding for what it's doing! The variables of pitch are nuanced, the intended roles of some cards are hard to discern, and sideboarding is downright paralyzing! Shout out to the content creators on YouTube: deck videos have been doing an amazing job of explaining what we're looking at.

It is hard to read a decklist in this game and get an understanding for what it's doing.

FABDB has recently make some major changes in the deck browser, and continues to improve its functionality. Tags have been added for decks, so you can quickly communicate the spirit your deck was built in: competitive, casual, jank, or meme. These tags are searchable, so you can find what you're looking for!

Also, you can now write an introduction and explanation. Because not all of us are cut out for deck videos, we can now lay out our strategies and combos in written form.

I urge anyone who has decks on FABDB to go back into all of them, slap those labels on them, and if you're feeling inspired, add some notes! A deep database of decks built not just by pros and streamers but by everyday players is so valuable for the community, no matter your experience level! At a minimum, add a note to any decklist that's pre-Monarch indicating that it's now dated. Think of the Azalea players who might pick up decklists without Memorial Ground, Seek Horizon, and Captain's Call!

Check out FaB DB! Browse Flesh & Blood cards, craft tournament-winning decks, or manage your collection - it's all available at https://fabdb.net

Deckbuilding is one of the gatekeeper skills in this game. But with community support, we can bring new players to the table with competent, playable decks.

Finally, I had some other thoughts I wanted to share as an opinion piece. You can check those out below. 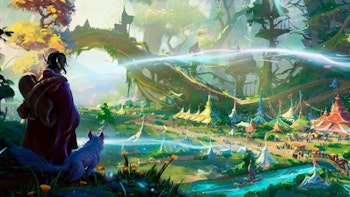 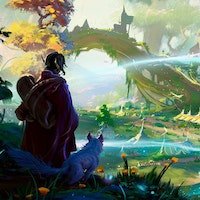 My FaB Journey: A Look Back

A month of personal firsts has Alex feeling like he's truly arrived on the FaB scene. Why getting involved in a game's community is so rewarding.

Nationals showcased the diversity of the game- if you can brush away the Briars. But is the explosive growth of the newest Runeblade a sign of balance problems, or simply a consequence of online communities?

Do we really know anything about the meta anymore?

Mark Chamberlain brings his experiences at The Calling in Las Vegas to Thoughts and Baubles, giving you an inside look at the biggest event to happen in the Flesh and Blood world this year. And Alex discusses how this may impact the community in the coming months.