Monarch turned out to be a set that went back to build on previously established classes. Brute, Runeblade, and Warrior all received new tools and, more notably, new Heroes that drastically expand the deckbuilding opportunities for those classes.

But what about the other classes? What new gems are hidden among the generic cards in the set? And which pre-existing cards have taken on new relevance in light of the changes Monarch's new Heroes bring?

Today I'll be taking a look at one of these overlooked heroes, evaluating her prospects in this new era and making a few speculative calls on cards that may pique her interest.

Azalea, Ace in the Hole

If you're looking at the Monarch landscape and thinking you'd like to bring a Ranger deck to that show, you're clearly an Azalea loyalist. And there's no shame in that. You enjoy an underdog. You like working for your wins. And you've got options, you really do.

But you've also got some new challenges that will force you to reconfigure your decklist.

It may not be immediately apparent, but Azalea actually has a lot in common with Bravo. Both are disruption classes, both have built-in access to Dominate, and both have heavy toolboxes full of answers to Monarch's new classes.

In my last article on Monarch's overlooked heroes, I pointed out a number of Guardian cards primed for Monarch. Ranger has many of the same effects. Hamstring Shot is a cheaper Cartilage Crush; Sleep Dart blanks a text box just like Crush Confidence. Even Spinal Crush is mirrored (and mildly improved) by Red in the Ledger.

But notably, Bravo's disruption effects are tied to Crush (4 damage), while Azalea's are only conditioned on hit (1 damage). That's a significant difference in Azalea's favor.

The flip side of that is one that's become more disadvantageous now than ever: Azalea's attacks deal less damage, to such a degree that you won't find a 6 among them. And thanks to the new Illusionist class, that number is incredibly significant. 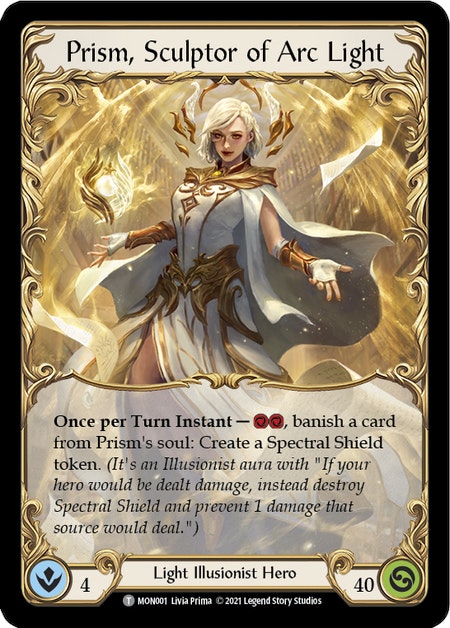 Any discussion of Ranger's role in the meta has to begin with addressing this matchup. There are a few options angles that you should be attacking this deck from:

The first makes me question why we're even running Ranger. It's easy to justify the first few 6s; Command and Conquer always merits consideration, and the new Rally the Rearguard helps compensate for Ranger's overall lack of defense. But anything more than that, and you're actively undermining the essence of your own gameplan: shooting arrows. While many successful Ranger decks have approached the build with a healthy mix of generic attacks, they've always done so with wide turns fueled by cheap cards with Go Again.

An alternative to popping Prism's Phantasm attacks is to simply defend them. Ranger can already make great use of defense reactions; Take Cover and Fate Foreseen have secondary effects that actively further your gameplan. Feign Death could be a huge play, if Prism decks end up leading with small attacks from Auras (as Luminaris encourages). And I can't believe I'm saying this, but Traps may have a role to play in this matchup, as Prism is looking to be rather precise in her pitching.

The final piece of the puzzle is a combination of damage racing and disruption. These go hand in hand, because the only way Azalea is going to out-pace Prism's damage output is via disruption. Luckily, she has that in spades.

Tools of the Trade

At this point, I believe that Azalea should always have both bows on hand. There's just too much volatility in the matchups, and Azalea needs to use her inherent flexibility to the fullest. Your deck will most likely have a preference, dictated by the cards you choose to use.

Death Dealer works well in a deck with low costs, where you can pitch 1 card to its effect, replace it, and have your whole turn paid for. Red Liner, on the other hand, lets you fire an arrow from a 1-card hand, a situation you may be forced into more and more often with an aggressive field developing.

Remorseless and Red in the Ledger have long been regarded as Azalea's cream of the crop. They continue to hold strong as answers to Chane, Boltyn, and Prism, all of whom utilize strategies hinged on Go Again. At 5 attack, they're already difficult to fully block with a single card; but get them face up from the top of your deck, and Dominate will ensure they hit.

Sleep Dart is a rising star against the heroes of Monarch, all of whom rely heavily on their hero card effects. Sleep Dart can delay Chane getting going, strip Boltyn of Go Again options, and cut Prism's shields off. Late-game, this card is absolutely devastating to Levia.

Primarily targeting Prism, Hamstring Shot can make precisely coordinated pitch extremely awkward. If early signs hold true, Prism should be running copious amounts of Yellow pitch, with the vast majority of her cards having even cost. Hamstring Shot turns that 1-card pitch into a 2-card pitch, leaving your opponent with less cards available for defense.

The list of arrows above is not all-inclusive, but highlights the key attacks that a Ranger will need to focus on moving forward. Supporting those is a host of cards, both old and new, that improve reliability through search and recursion.

Opting is the most logical way to set up your top deck for a Dominated shot. Skullbone Crosswrap and Ridge Rider Shot both ensure you won't squander Azalea's ability. Ridge Rider Shot can also be an attack in its own right, but most often it's a placeholder for the top-decked arrow you actually want it to be.

Alternatively, you can set up your top deck with cards like Nock the Deathwhistle, Memorial Ground, and Seek Horizon. Notably, these all pull arrows from different places- your deck, your discard pile, and your hand- moving you through different phases of the game while using the same arrows.

I've got one wild inclusion that may merit some consideration, but I expect that even a strategy focused so squarely on finding particular arrows again and again won't be enough to make this one playable. Silver the Tip may be a playable card. I won't commit to it yet, but it's sitting in the back of my mind nagging at me... just maybe...

May Your Loyalty Be Rewarded

There's no need to sell you on a deck under false pretenses: Azalea is not primed for top tier status in Monarch's meta. But tournament success is found in a combination of skill, experience, and luck. And for those of us who threw our lot in with Azalea long ago, experience may very well place us ahead of the learning curve as others adapt to Monarch's new heroes. These adaptations are idea starters, and hopefully they've given you ideas on how to modify your Ranger for success. May the odds be ever in your favor.