There's an undeniable appeal to Azalea. Channeling the dark charm of the anti-hero, equipped with the legendary tools of Robin Hood, and bringing her own distinctive rhythm of gameplay to Flesh and Blood, it's hard to resist her charm. But as many of you have probably experienced yourselves, investing too much in Azalea can leave you burned. And when you're new to the game and Azalea is your starting point, it's impossible to know whether she's the reason for your failure, or you are.

What we needed- what Azalea needed- was a champion. A player with experience and credibility who could give advice and opinions on the class. So when Hayden Dale's article series on building Azalea started back in October, I was ecstatic. Finally, someone was giving the Ranger class a thorough work-over. I now had comparison points that felt vetted.

It's not about a net-deck; Flesh and Blood isn't a game decided by the perfect combination of cards. And it not about a strategy; I consider myself a very skilled Azalea player, though I don't have a tournament record to back that up.

It's about having someone give Ranger the depth of thought that I have, and about hearing which conclusions we share, and which we disagree on.

A good article gives you information, but a great article brings to mind your own thoughts and opinions, and asks you to defend them. Whether your opinion is reinforced or reconsidered, you've gained something.

The 4-part series came to an abrupt halt at 3 back in November. Here at the Rathe Times, we now have the conclusion.

So without further adieu, I present to you: Hayden Dale's, "Building Azalea". 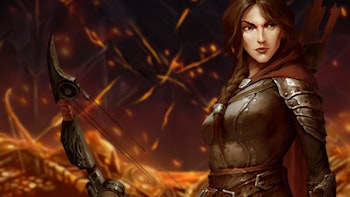 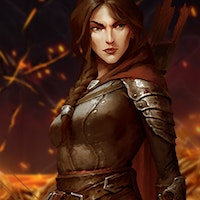 Ranger has proven a difficult class for many to get their head around, and if the meta is any clue than she is certainly a tough nut to crack. Hayden Dale walks us through his journey with the infamous Ranger, sharing insights and advice on this hero requiring finesse.

Part three of Hayden's Azalea experiment expands the classes she's been tested against and includes a host of fringe card choices to see her across the line, bringing with her a rain of arrows.

In his conclusive finale, Hayden resolves his deep dive into Ranger with some game plans, sideboarding, matchup-specific advice, and a word of warning of how not to play her.