Welcome back to the next chapter in my Bolstering the Beginner series. Today we focus on combat.

One of the many ingenious aspects of Flesh and Blood is how well it emulates the dynamics of hand-to-hand combat. We each step into the arena, fully charged, fully equipped, and ready to slug it out. Some heroes are natural-born warriors who throw the first punch and swing the first blade. Others are more reserved and weather the storm of their opponent. But over time, as the blows are exchanged, we tire. Our armor breaks, and we begin to take hits that we weren't ready for or even capable of defending.

You are a gladiator, called upon to fight in the arena. You stand in the tunnel awaiting the greatest battle of your life. Chills of fear wash over you; sweat drips from your brow; torrential thoughts swirl in your mind. Then you hear it: the sound of the crowd thundering, beckoning for you to emerge. You must rise to the challenge. To your side, you see a rack lined with the finest weapons and armor that Rathe has to offer. It is time to choose what you will bring into battle. It WILL define you. It WILL protect you. Choose wisely.

What do you bring to the fight?

In Flesh and Blood, heroes enter the arena equipped for the head, chest, arms, and legs. This equipment will aid you in battle and traditionally echoes the theme or playstyle of your deck. You also have your weapons. The instruments of war that you choose are often the core of your combative strategy. But which do you prefer? As the game grows, the options available to your hero are expanding.

As you know by now, comparing cards and cross-examining their effects, costs, upsides, and downsides is key to selecting the right gear. As an example, let's take a look at some of the notoriously good gear for my boy, Katsu the Wanderer.

Even if you don't own it, looking to a hero's legendary equipment piece is a great way to begin identifying strategies. Mask of Momentum constantly pressures card advantage, but asks you to manage a string of 3 successful attacks. When you consider the heavy presence of Go Again across Ninja's card pool, you can see that long combat chains are part of the class identity. The classic pair of Harmonized Kodachis complement these efforts nicely, giving you two irritating attacks to start your chain off.

From just looking at the headpiece and primary weapon, then, we have this idea that Katsu is built for long sequences of attacks. Katsu's own ability takes that a step further, by allowing us to take a random string of attacks and shape it into an intentional Combo chain. Taken all together, this tells me that Katsu wants to push the point in order to put the opponent on their back foot and keep them there. Katsu inherently supports an aggressive posture. How do we continue to complement this strategy with the rest of our equipment choices?

Being the aggressor equates to a simple strategy: Attack! Attack! Attack! It gets deeper and more intricate than that, but nonetheless, that's who you are and what you do. You start pummeling your opponent from the start, and you don't let up until you win. But each hero comes with their own predisposition, and some are more apt for taking on the role of Aggressor than others.

Some heroes, like Ira, Crimson Haze, make it abundantly clear what they are here to do.

Ira wants to bust into the arena with immense amounts of damage every single turn. As you well know, combat follows these four steps.

Ira takes advantage of steps 1 and 3 primarily. Traditionally, her deck is built around solid attacks that keep coming and handy attack reactions that push damage through, like Torrent of Tempo, which presents five damage for one resource AND threatens a punishing on-hit effect. These are the kinds of attacks that actively aggressive players tend to include in their list. Is that you? Does your equipment get better if you play that way? If so, then you are the aggressor.

But there is more to this game than sheer onslaught. Not every wall can be knocked down. Not every defense can be breached.

Maybe you find strength in steps 2 and 4 of combat: Defense. Your opponent may try to overwhelm you, but you stop them in their tracks time and time again. This is known as control (more on that in a later article). You set the pace of the game. You dictate how much damage you wish to take.

One of the best at this strategy is Bravo, Showstopper.

Bravo is inherently predisposed toward defending well, and his class equipment (Tectonic Plating, Helm of Isen's Peak, and Crater Fist) reinforces this notion with heavy defense ratings. He wants to stop your attacks so that you do not accrue advantage or tempo in battle. On top of that, Guardians pack some of the most efficient defense reactions in the game.

Typically, Bravo is perfectly content to block with up to three cards from his hand, relying on Anothos to deal damage in return.

Playing Against Your Nature

So far, we've kept this conversation to identifying natural inclinations in some pretty apparent examples. Bravo is the epitome of the defensive archetype; unless you've done something really unique with your deck, there's never a fight you'll walk into that places Bravo as the more aggressive party.

Most heroes, however, aren't at one of the poles. Most fall along a spectrum between Aggressive and Defensive. And for those, you need to determine your role based on the deck you built and the opponent you're facing. This may lead to an aggressive Rhinar having to change roles several times throughout a tournament, or a defensive Dash having to come out of her shell to overcome an even more defensive enemy. Your role is always comparative.

Who Do You Want to Be?

There are aggressors, and there are defenders. Identify who you are based on your equipment and your weapons. Furthermore, build your deck so that you behave in combat the way you think is most effective.

It's easy to run into the arena, steam-powered pistols blazing, but that's an excellent way to lose in Flesh and Blood. If it were as simple as running headfirst into your opponent regardless of what they do, this wouldn't be much of a game. Seek out your combat role.

In the end, the clearest path to victory is reducing your opponent's life total to zero through combat. But how do you do it best? Maybe you're the aggressive type, but maybe your opponent is better at aggression than you are. Perhaps you need to sit back and defend and wait for your moment. But what if that moment never comes?

It seems simple, but I've seen the mistakes that lead to a player's defeat time and time again. You must know your role in this fight, and you must understand how to flex into other strategies to stop the enemy. It's not about strength; it's about strategy. Outsmart your opponent. Diving headfirst into battle may be EXACTLY what your opponent wants you to do. So, adjust. If you can step into a game of Flesh and Blood and understand where you fit in this grand battle of wits and tricks, you'll find yourself standing alone in the arena at the end. 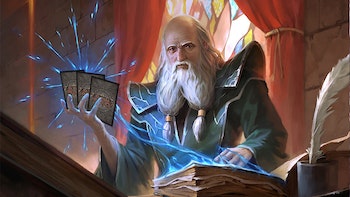 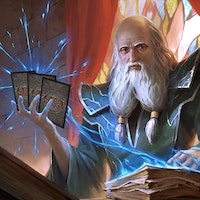 Recognizing powerful and effective cards in Flesh and Blood is a skill within your grasp. Gemini dives into a few ideas that will help you determine for yourself whether that card is, in fact, a "good" card.

Gemini is a Flesh and Blood ambassador in Southern Colorado and a lifelong card gamer. He has dedicated himself to bringing together the Flesh and Blood community and has taught over 100 people the game. Gemini can be found at his LGS four to five days a week, teaching, testing, and spreading the good word about FAB. He, along with his vibrant gaming community, hopes to be a long-standing pillar of dedication and support for this wonderful game.

Reading Your Opponent: Playing Both Sides of the Table

Preparation is key to playing a strong match, but there are also several ways with which you can maintain an advantage against your opponent by correctly reading and adjusting to their play.

Learning from Other FaB Teams

Being on a team means constantly striving to improve. In the conclusion of this series, Mark has gone to the community to pick up advice from FaB teams across the world.

We don't know much about Everfest, but we do know this: Blitz is back in center stage!