Guardian has received some love since Welcome to Rathe, but not quite like what's coming in Tales of Aria. The Rathe Times is lucky enough to have been provided a card for the spoiler season, majestic in its quality and freezing in its capabilities. 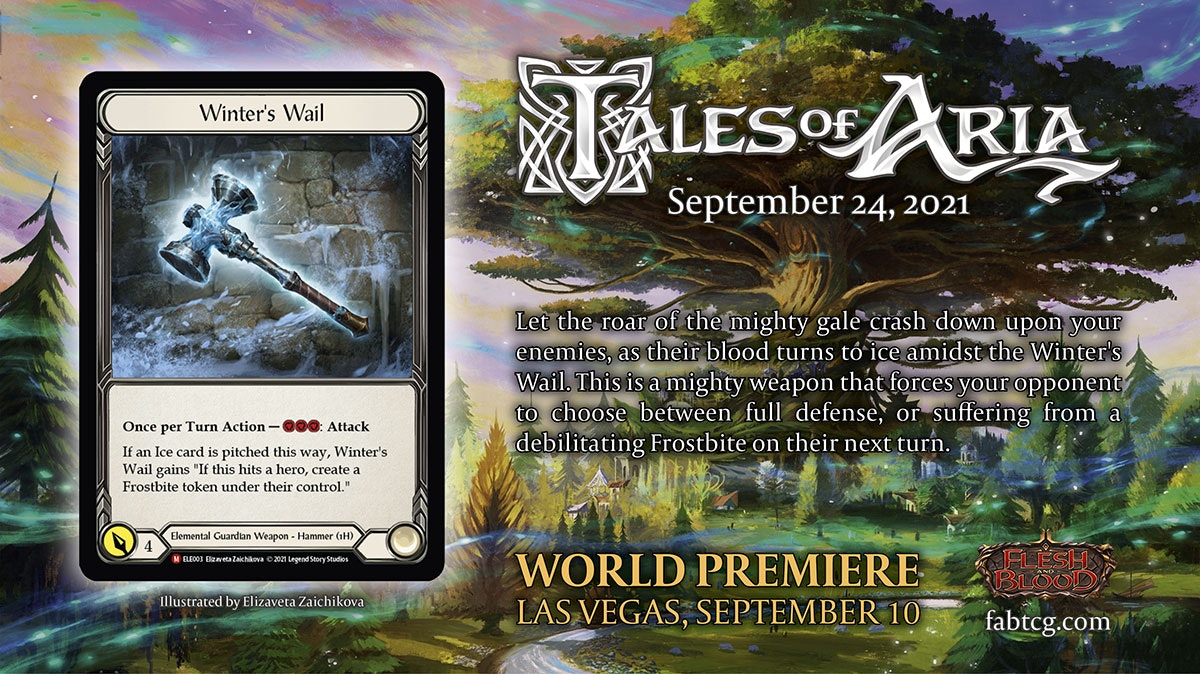 With the shield reveal we had the other day, it became obvious that a Guardian is on its way to Flesh & Blood. But with this weapon, we now know the guardian is also an Elemental Guardian, providing them access to at least Ice cards (and we suspect Earth cards, as well!)

This is a fascinating reveal as the weapon is the first 1h Guardian weapon to date, with both Sledge and Anothos being 2h weapons. This frees up the other hand for a shield, or... ANOTHER 1h weapon!!!

Despite the obvious effects from creating frost tokens (which inhibit your opponent's capabilities by increasing costs), the fact that Guardian now has access to a 1h weapon really creates some interesting build possibilities, so long as they have go-again potential.

I suspect Timesnap Potions and Flocks may see a real revival in Tales of Aria, and I couldn't be happier!

Love what you're reading? Why not join the Rathe Times as a subscriber? Subscribers get access to all Pro Series content (currently 38), written by some of the best players and authors this side of Rathe! To subscribe, head to the FaB DB patreon page and select a Supporter+, Majestic+ or Legendary+ tier.

What do you think of this new weapon? Let us know in the comments below!

Kirk is the sole developer of both FaB DB and The Rathe Times, proving an obsession with the game of Flesh & Blood and supporting its communities. Additionally, he loves writing articles, the game, and the general hobby of collecting cards.

Everfest is not the only thing shaking up the constructed meta games. LSS dropped a bombshell today that sets the stage for the coming tournament season. Read on to find out what happened.

In honour of those who fought for the Light, and fell in the battle against the Shadow; their names shall always be remembered. The Rathe Times would like to introduce to you: Memorial Ground.

Catch up on Monarch previews across the internet. Let the Rathe Times dig up the links for you.