Katsu, the Wanderer is a classic Flesh and Blood hero hailing all the way from the game's debut set, Welcome to Rathe. This Ninja hero focuses on a “wide” attack pattern, with many attacks that are weak on their own but can be chained together into powerful combos for much more powerful effects.

The iconic Harmonized Kodachi is one of the core representations of this mechanic. While paying one resource for one damage is inefficient in terms of damage dealt - consider that weapons like Dawnblade or Reaping Blade pay one resource for three damage - it is also inefficient for an opponent to block; a 3-block card is in a sense “wasted” on blocking a Harmonized Kodachi, and if you attack with both your Kodachi in a turn the opponent will have to “waste” two cards in order to ward them off completely!

Further, cards like Flying Kick, Salt the Wound, and Mask of Momentum reward Ninja players for constructing long sequences of attacks. Not only does going wide make it hard for an opponent to defend, it also allows you to get powerful payoff effects!

Katsu’s core mechanic, combo, allows attacks to become significantly more powerful if they are played in sequence immediately after specifically named attacks. For example, Whelming Gustwave is a weak card on its own, but if played after Surging Strike it gains +1 power, go again, and “if this hits, draw a card”, making it far more powerful!

Many different Ninja cards feature combo, and in some cases there are even extended combinations that you can play with three or four specific cards in a row. These “combo lines” can allow a Ninja player to threaten massive damage in a situation where the cards line up properly. The downside is that many combo cards are far below average when combo is not in effect - so if you run too many combo lines or the cards just don’t like up, you can find yourself stuck with weak or inconsistent hands.

Luckily, Katsu’s hero ability allows you to smooth out the inconsistency of running combos by exchanging a zero-cost card in hand for the combo piece you need next. This makes combo strategies much more effective, as you don’t need to get the “perfect draw” to unleash a powerful combo – you might only have one or two pieces of your combo, but with Katsu’s ability you can get other pieces from your deck to complete the attack pattern.

In some cases, this ability can also be used not to set up a particular combo, but just to draw an efficient card to play. For example, Pounding Gale, while a combo card, is also a 1-cost attack that hits for 5 and blocks for 3, which is “on curve” even if you don’t have the combo effect active. In some cases, you might not have a “real” combo ready, but you can still use Katsu’s ability to exchange a card that isn’t as effective (maybe an extra zero-cost blue) for a Pounding Gale in order to do more damage with your turn.

When building a Katsu deck, one might choose a few specific combo lines to focus on - often just one or two. Some combo lines have multiple end points, while others are more linear. Many combos begin with a starting point that only blocks for two but has go again, while later components block for three but only gain go again if played in the proper sequence. This means that incorporating lots of combo starters can make a Katsu deck weaker on defense – and while there are some combo starters that block for three (Soulbead Strike and Torrent of Tempo), these cards only gain go again if they hit, which can be awkward against an opponent who can block up.

The “classic” Katsu combo, and probably the most frequently used, is the Surging Strike -> Whelming Gustwave -> Mugenshi: RELEASE -> Lord of Wind combo. This sequence of attacks threatens heavy damage, draws cards on hit, and grows stronger as the game continues and you have more pieces of it in the graveyard to recur. Most Katsu decks that I have encountered run this combo – in some sense it’s the “original and best”. Surging Strike is a somewhat awkward card given its two cost and two block, but the follow-up to this combo is good enough that many Katsu decks will run both red and yellow Surging Strikes in order to threaten the start of this combo more consistently.

The Soulbead Strike -> Crane Dance -> Find Center line was once somewhat popular thanks to its defensive strength (unlike most “combo starters’, Soulbead Strike blocks for three, while the Zen State token generated by Find Center on hit is extremely good against wide attack patterns and Runechants); but Find Center was majorly nerfed by a rules change that allowed it to be blocked by equipment, making this less appealing. However, since Find Center is a blue that blocks for three and costs zero, many decks still include it and might even do Crane Dance -> Snapdragon Scalers -> Find Center from time to time!

The alternate combo ender, Heron’s Flight, sees limited play but at one time was used as a “finisher” card to close out a game with unblockable damage against decks that do not contain attacks or non-attack actions – a strategy popularized by Brendan Patrick during the first Skirmish season, where the three top decks in the Blitz meta at that time (Ira, Dorinthea, and Kano) all had compositions that could generally be exploited by this, since choosing “non-attack action” made you almost unblockable vs. Ira, while choosing “attack action” made you almost unblockable vs. Dorinthea or Kano.

Head Jab -> Open the Center -> Fluster Fist/Pounding Gale is an interesting combo with two powerful endpoints for inflicting damage. However, Open the Center is an exceptionally awkward card without the combo enabled, and this combo does not threaten anything other than damage.

Torrent of Tempo -> Rushing River -> Flood of Force/Break Tide has a mediocre early phase, but a strong endpoint if things are set up correctly.

﻿Further, there are two other combo-based sets of cards that aren’t “full lines”:

Hundred Winds plays similar to Head Jab, but combos with itself and with Winds of Eternity. While it doesn’t have as “splashy” an effect as some of the other combos, it’s much easier to set up and can be quite efficient – and keep in mind Katsu can fetch either the basic Hundred Winds or Winds of Eternity with his hero ability!

The three “tiger style” combo cards - Tiger Swipe, Pouncing Qi, and Qi Unleashed - each combo with Crouching Tiger. Again, this isn’t a “full line”, but these cards can be quite efficient when played alongside cards that generate Crouching Tigers.

Another key component of Ninja’s gameplay is attack reactions – with all the on-hit effects a Katsu deck can pack (including but not limited to Katsu’s hero ability), your opponent may well try to block out key attacks. In order to prevent that, cards like Ancestral Empowerment, Breaking Scales, and Razor Reflex can help break through defenses and keep the opponent guessing. Similarly, Art of War can be both a surprise +1 and also a tool that allows you to play a combo starting from midway through – just use Art of War to grant go again before playing part of your combo and you can skip the “combo starter” altogether!

Razor Reflex deserves special acknowledgement here because it can be played not just on an attack action card but also on a Harmonized Kodachi swing, allowing a player to do surprise damage. This is especially relevant in the endgame, where an opponent on low life needs to be careful about letting Kodachi attacks through lest there be an unexpected Razor Reflex to back them up.

These threats can help make an opponent more conservative on defense – for instance, someone might “overblock” in order to ward off an attack reaction on an attack they know they have to stop – and in turn this conservative play from the opponent can actually help the Katsu player maintain momentum.

One other way to play Katsu that has been popular at times is the so-called “Ninja Turtle” style, notably used by Sasha Markovic to win The Calling Auckland in early 2020. These types of Katsu decks focus on defending themselves and running the opponent out of threats while whittling the opponent down with Harmonized Kodachi strikes and attack actions. While the original builds to do this focused on using the now-banned Drone of Brutality for their endgame and the deck has gotten significantly worse since that card was banned, one still occasionally sees control Katsu builds on tables.

These builds often pack a large number of defense reactions and lots of combo cards to get a defense boost from Flic Flak. With strong defenses and constant “Kodachi pokes”, this type of build can ideally whittle opponents down – as of this writing (December 2022) this style doesn’t seem to be in a strong place, but with future shifts we could see defensive Katsu builds come back!

Putting It All Together

Katsu is an interesting hero that takes the basic Ninja playstyle – go again, lots of attacks, potential surprises hidden in reserve – and helps smooth out some of the inconsistencies with the Combo mechanic, allowing you to more reliably string together powerful combinations. While these mechanics lend themselves to aggro gameplay, midrange and control Katsu decks have also been successful in the past – and in fact this ability to play very different “paces” of game is a notable strength for the hero, as it makes it harder for an opponent to sideboard into him!

Overall, if you enjoy stringing attacks together for splashy combo effects, Katsu is the man for you! His playstyle is different than many other heroes in Flesh and Blood and he can offer some fun gameplay and some nasty surprises for opponents. 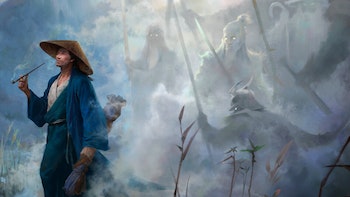 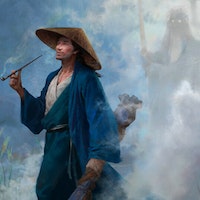 In this 3-part series, Hayden Dale explores a side of Flesh and Blood Classic Constructed strategy that has been fairly untouched: aggressive decks. Today we wander into Katsu. 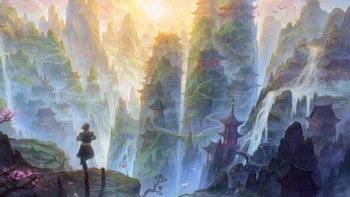 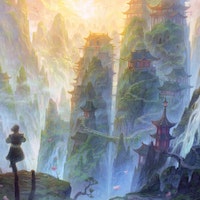 Wandering the Road to Nationals: A Katsu Deck Guide

Off the back of a week 1 RtN win, Max Thomas talks us through what makes Midrange Katsu a premiere deck in today's meta. 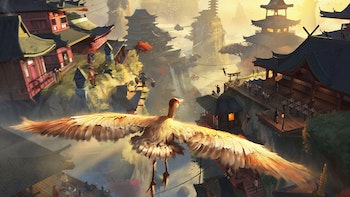 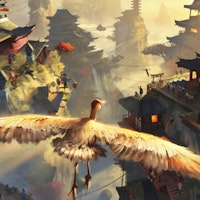 Mindfulness According to Katsu

The difference between an aggro deck and a control deck is often less about the cards and more about the mindset. Derek Watring draws from 2 Road to Nationals wins as he explains how a change in perspective can gain card advantage in a game of inches. 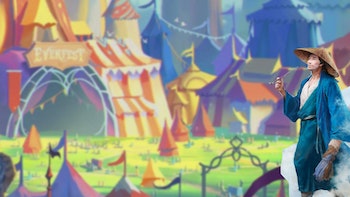 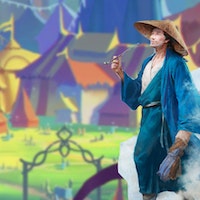 A Ninja Wanders Into a Festival: Preparing Katsu for Everfest

From the inception of the game, the Ninja class has been a cornerstone of the meta. In the wake of Briar's neutralizing, Katsu is primed for a comeback.

FAB101: Fai and the Ninja Class

Even without Stubby Hammerers, Fai is a strong choice in the current meta. As he's done with Boltyn, Will analyzes cumulative value across Fai's gameplan to create a framework which can evaluate possible card choices.

Fai has made an explosive impact on the fresh Uprising tournament scene. Preparing for him is necessary for any competitive aspirations.