Like many new arrivals at the gateway to Flesh and Blood, I have history with another game. I’ve been playing Magic: the Gathering at casually competitive levels for over a decade.

The good news is, if you’ve played Magic: the Gathering, Hearthstone, Legends of Runeterra, or any of the innumerable TCGs that came before, you’ll have at least some advantage picking up Flesh and Blood, when compared to someone who has never touched a strategy-based card game in their life. Many of the skills and concepts you’ve learned will carry over to Flesh and Blood. You’ll also be surprised at how smooth the adjustment is, and once you get settled in, you'll find the mechanics are phenomenal.

I’ve been playing Flesh and Blood for a month. And in that time, I took second place at Channel Fireball’s first Monarch Release event, have gone undefeated in Team Covenant’s May monthly Armory league, and took 3rd place at a local Armory. I don’t say all of that to brag, (even though I’m a Bravo main and he’s all about showing off), but rather to highlight that it’s completely possible to turn months or even years of hard-earned TCG experience from other games and pivot to Flesh and Blood with an explosive start.

It’s completely possible to take years of hard-earned TCG experience and pivot to Flesh and Blood.

You don’t have to relearn how to ride a bike - you just need to ride a bike that’s different than the one you’re used to. Take what you’ve learned from other games, recycle as much of it as possible, and learn the nuances of this new game system. 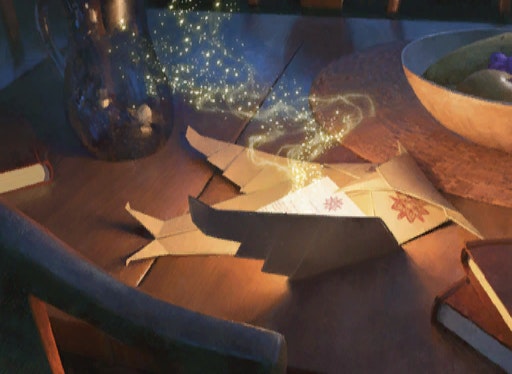 In this article, we'll go over some core concepts you need to learn- and unlearn- to convert your Magic: the Gathering credits to a major in FaB. You don’t need a letter of acceptance to Strixhaven: School of Mages. In Flesh and Blood, it’s cool and socially-acceptable to just swing a big hammer around and hope for the best.

Compared to Magic: the Gathering, Flesh and Blood has a simplified set of rules. The gameplay is less complex on a technical level, but well nuanced with many underlying concepts and systems to understand. FaB is easy to learn but hard to master in a way that Magic: the Gathering fails to achieve.

One of my biggest tips for Magic: the Gathering players coming into FaB is to try to avoid ‘over-Magic-ify’ the rules. You’ll have plenty of opportunities for instant-speed reactions and weird interactions down the road. (And when it's time for that, you can check out the Comprehensive Rulebook.)

FaB is easy to learn but hard to master.

There are no mulligans in this game. They're not needed. Mana screw? Forget about it. You will still draw awkward and bad hands from time to time, but most cards in Flesh and Blood can do multiple things at any given time. There’s always something to do, even if it isn’t the most optimal play you could hope for.

Learn the basics and how to walk in FaB, then look for ways to sprint, jump, and backflip over things to make the cards work to your advantage.

In Flesh and Blood, your resources are plentiful but fleeting. Legend Story Studios’ design manifesto reveals that games always start with players having full resources. You get a shiny set of armor, your weapon(s), a full hand of cards, and a bucket of life points. What you do with it is up to you. As the game progresses, your equipment will break and your deck will run low on powerful cards. You will feel the fatigue of battle the longer it lingers on.

In Magic, life is a resource. Spend it, and even if you end the game with one life point, you still can win the game. That much is true for Flesh and Blood too, but life is infinitely more important in this game.

Because most of your cards can be used to attack, defend, or pay resource costs, spending life directly correlates with card advantage. When you choose not to defend with a card from your hand, you are keeping that card to play on your turn. The more cards you have on your turn, the more likely you are to be able to put pressure on your opponent and make something happen.

Let’s look at an example to reveal the simple mechanics but deep considerations that go into a turn.

Levia is swinging in for three damage with Ravenous Meataxe, and you are at 10 life. Because of the Meataxe's effect, she draws and discards a random card, which happens to have 6+ power, bringing the Meataxe up to five damage. It doesn’t look like she'll be able to make any more attacks this turn, nor power this one up any further.

You have a number of options and lines of play, and you’ll need to evaluate them to play out this Meataxe attack.

Considering all the cool things we did by taking the full damage from Meataxe (including set up for a powerful next turn), it doesn’t make a lot of sense to block the attack. Life is a resource, and as you gain experience you will learn how and when to spend it to swing the tempo back in your favor.

One of the biggest differences in Flesh and Blood is the economy of gameplay. Each action you take costs resources, threatens pressure on your opponent, and depletes the cards from your hand and deck. Every time you choose to block with a piece of equipment, you are foregoing an opportunity to defend with it later. Every time you defend with a card from your hand, you are choosing not to pitch it for resources or play the card as an action. By choosing to take any one individual action, we forego every other potential action as the opportunity cost.

Flesh and Blood is very much a back-and-forth game. If you are forced to defend out with your entire hand just to stay alive, you will have to draw up at the end of your turn without doing anything to pressure your opponent and they will be ready to hit you again with a full hand of cards. It’s a losing cycle, and one you can only escape by finding a way to stay alive and retaliate with an attack of your own.

Every time you defend with a card from your hand, you are choosing not to pitch it for resources or play the card as an action.

Understanding the economy and the opportunity cost of your actions is essential to improving at Flesh and Blood. It’s one of the most difficult hurdles you will have to clear coming from Magic: the Gathering, where the conversion isn’t anywhere close to 1:1.

The concept of tempo applies to Flesh and Blood, it just looks a little different than it does in Magic. Tempo is better defined as momentum in FaB, whereas in Magic it is more tied to the cards you have in your hand and the state of the board. Tempo can directly lead to card advantage in Flesh and Blood through some card actions and effects, just like it can in Magic.

To truly understand the tempo of any given game, you need to understand what your opponent is trying to do. Knowing what their class and deck is capable of and the exact sequencing of those plays helps you calculate the worst-case-scenario in your head and better anticipate your course of action.

Of course, even with this knowledge there will be turns when your opponent has a crazy hand. You will watch your fantastic plans crumble right before your eyes. There will be times when you’re forced to block with that one card you really needed for the plan you envisioned for your turn before your opponent decided to hit you three times with Go Again. But everything is a learning opportunity.

The outcome of Flesh and Blood is determined by the overall quality of your gameplay, not by any one individual card in your deck. Learn the economy, understand the opportunity cost of each play you make, learn to use your cards efficiently, and you will start to win games.

There’s no substitute for jamming as many games as you can. You will make mistakes and you will learn from them. You will also learn a lot about all the classes in the game you haven’t played against. If you can’t play in person at an LGS, the community Discord server is a great place to look for webcam games at any time of the day.

Search for areas where you Magic: the Gathering skill and knowledge overlaps. Observe how some of the same strategy and decision-making concepts play into this game system. Look for ways to break the game.

If you’re looking over from the shores of Magic and are on the fence about Flesh and Blood, give it a shot! There’s a good chance you may never want to look back.

Drew Cordell has been casually competing at high levels of Magic: the Gathering for over a decade before discovering Flesh and Blood and playing obsessively. While he specializes in Guardian, Drew also writes about a wide range of Flesh and Blood concepts and classes across all skill levels. You can get full access to ALL of Drew’s decks, one-to-one mentoring designed to take your play to the next level, and much more at: https://www.patreon.com/DrewJCordell

Skirmish season offers a significant format transition from the standards of the last several months. Drew Cordell helps you get your feet beneath you. This article covers the specifics of the Tales of Aria Skirmish season.

Skirmish season offers a significant format transition from the standards of the last several months. Drew Cordell helps you get your feet beneath you. This article covers general advice for Skirmish now and going forward; this is followed by a Pro article covering the specifics of Tales of Aria.

How I Meta-Gamed Vegas (and What I'm Doing for Nationals)

Tyler Horspool was halfway to winning the Calling before he even showed up in Las Vegas. Here's how he set himself up for success.