We’re doing something a bit different this month. As you’ll no doubt notice, this update is coming out a little later than usual. There’s a pretty obvious reason for that, which you may have guessed: I wanted to give the US market some time to actually get product. Still, we’re pretty early in the product’s life cycle, and prices are moving fairly rapidly downward- which is to be expected and isn’t an immediate cause for concern. What it does mean is that we’ve still got a few weeks until we’ve really got a sense of how the market is going to handle Uprising (and potentially how it will re-evaluate older products as a result). 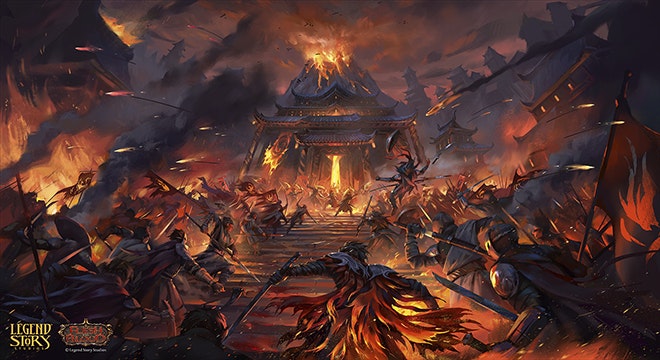 So for this article, we’re going to push aside the wider market for a month. There haven’t been any major shifts in cards that most people need to know about. That isn’t to say that nothing is happening; rainbow foil extended art Tunics seem to be moving up, for instance- but that’s a niche high-end item.

What we’re going to do instead is swap this month’s normal market report for a trio of articles tracking the value of some boxes over a month. We’ll start with this article as a baseline to establish initial prices and talk about how well things are looking for FAB 2.0 out of the gate. We’ll check back on the same cards in two weeks, and then again two weeks after that. The third part of this series will be in addition to next month’s market report, which will return to our conventional wider look at the FAB market in totality.

Below I outline the approach I’m taking here and the assumptions I’m making.

I’m going to break boxes into three arbitrary categories so that they’re easier to parse.

The principle I’m ordering these around is that we open boxes of cards as opposed to buying singles because it’s fun to gamble. However, we can differentiate between good and bad gambles.

In the realm of Flesh and Blood, I think the average person probably buys between one box and one case, with some clear outliers at the top who open many cases. I’m particularly interested in the average experience, however, because the game’s success is strongly tied to having a large player base.

As noted, there isn’t an empirical definition of what constitutes a reasonable gamble, but I’m going to say that I think boxes should be worth about 66% of what you pay for them to be considered OK. A box below that value is a bad box, and a box that is worth more than you paid for it is a good box.

If we extrapolate that to cases, on the case level:

With that sorted out, let’s look at some cases!

This is an interesting case. We have two bad boxes, one fair one, and one good one. The total of all the boxes yields $300.25, which makes it a fair case.

What’s notable here is that a full third of our total value is derived from the RF Legendary. Uprising has a fairly stark division of quality among Legendary equipment out of the gate. We have three that range from $86.75-105 and three that are $49.75-59.75. Obviously, any individual Legendary is just as likely to show up as any other Legendary; some are just worth twice as much as others. This injects a fairly high level of variance, since you’ll expect to pull 1-2 Legendaries in most cases. I’m going to keep these individual case reports kind of brief so that we can look at all the information when we get to the end, so let’s move on to case number two.

Interesting case here. We’ve got one absolutely spectacularly bad box. This might be the worst box of FAB I ever opened, and Everfest was mostly bad boxes for me.

Now, outside of that one box, the other three were definitely strong good boxes, with each being worth well over even the MSRP of about $100. Our total is a $578.75 making this a very good case indeed.

One thing that we see persisting here is that the quality of Legendaries makes a big difference. Two out of the three Ls in these boxes were good ones, and the lower value Legendary was the best of those three and came paired with a Majestic/Marvel CF dragon, which is worth more than any of the RF Legendaries on its own. We’re off to a pretty rangy start here, so let’s see how Case 3 treats us.

So, that was unexpected. A two CF Legendary case is definitely atypical (even moreso to get two of the good Legendaries). At the box level, we’ve got another pretty awful bad box, a fair box that derived almost all of its value from the variant RF Rewind, and two really good boxes (because CF Ls, at least for now, always cover the box on their own). It’s exceedingly obvious that this is a good case, but for the sake of completeness, it totals $507.25, which is interestingly less than the 3 RF Legendary case, though that’s less interesting when we remember how much of that value was tied up in the CF Invoke Dracona Optimai. Now let’s look at this all together.

Of twelve boxes opened, six were good, two were fair, and four were bad. I’ve often talked about how one of the things that I don’t like about FAB is how it has historically handled rarity. That is to say, the distribution of valuable cards tends to produce a feast or famine experience in opening: either you win hard or you lose hard.

Has FAB 2.0 done much to ameliorate that experience? These initial results seem to suggest that at the box level, this remains a problem. Our samples above include one truly awful box, as well as one worth triple its cost. At the case level, however, things look a little more reasonable. Again, this is a small sample size, but compared to Everfest in particular, it seems like there are enough viable hits in Uprising for a case-level opening to be a reasonable gamble. Meanwhile, that $13.75 box would give me serious pause about recommending a single box opening (as opposed to singles) for anyone on a tight budget.

A couple other interesting pieces of information can be gleaned from the data here. First, non-foil Majestics remain largely irrelevant for value considerations outside of a small handful of mostly generic cards. In the case of Uprising, Erase Face is comically more valuable ($18) than everything else, which isn’t really a surprise. Playable generic Majestics have always garnered significantly higher prices than their more narrow-use counterparts. Uprising continues the tradition of a set having 1-3 Majestics meaningfully over $5 and another 1-3 around that $5 mark. Normal rainbow foil Majestics also remain relatively low value.

What I actually find pretty noteworthy is that Legendaries only accounted for about half of the value of these boxes. The twelve boxes we’re looking at here total $1,386.25 and the six Legendaries from them total $700.75. The rare CF Marvels are definitely doing some work to buffer out box values, and the Majestic ones are serious hits when they show up. That said, I should note that five of the six Legendaries we saw here are “good” ones, which is pure luck – this number could have been much lower had luck swung the other way and we saw a bunch of Ghostly Touch and Alluvion Constellas.

Obviously, twelve boxes is not a large enough sample size to get a totally accurate representation of the average box. We’d normally not expect to get two cold foil Legendaries in three cases, nevermind in one. However, very few people open enough boxes for their experiences to work out near the average. I like to think of this experiment as having three people open a case each and thinking how they would feel about their results.

My expectations for the next part of this series is that we’re going to see almost all of the cards over $5 drop in value. It looks like we might be starting to see some leveling off on prices for the higher value cards, so price drops should be slowing down, but I don’t think they’ll stop where they are right now. What I’ll be looking for when we revisit these in a couple weeks is whether the two fair boxes manage to remain in that bracket, or if they sink down to bad status.

What’s interesting about the good boxes is that even if they drop by 50% in value, four of them would still be good and the other two would be in the upper end of fair. This would really reinforce the sense of the set being feast or famine at the individual box level.

So for now, my recommendation is that if you want to gamble on some cards, buy a sealed case and not a sealed box. If you can’t afford a case on your budget, maintain discipline and wait a few more weeks before you start to pick up singles, as all indications are that prices are still dropping on individual cards.

State of the Market: September 2022

What do we find in Prism's wake? Where are Uprising's Legendaries going? And what should we expect from Dynasty, market-wise?