Due to Pro Tour: New Jersey, the Rathe Times is running on a skeleton crew this week.

Unfortunately, Alex is not among the fortunate FAB-ers attending this monumental event.

Last night, I had a nice home-cooked meal, read a few chapters of This is How You Lose the Time War (thanks for the recommendation, Ada Korman), and went to bed early.

Notably, I did not attend a player's banquet with James White. I did not stay up late getting in some last minute FAB testing. I am not in New Jersey.

If you're reading this, you're probably at home too. (If you're at the Pro Tour, the Rathe Times is the last thing on your FAB mind.)

I don't need to tell you why that sucks. There are plenty of swag photos on Facebook, Reddit, and Discord to fill you with envy, and I'm not here to reinforce that feeling. Instead, let's make lemonade out of these sour lemons.

Before You Go Any Further, Start Streaming

Channel Fireball is live streaming coverage of the Pro Tour.

If you're not on the job- or maybe even if you are, you know your work culture better than I do- put that stream on as background for whatever you're doing today. Let it run all weekend. You don't have to be actively watching, but check in to see who's playing and what they're piloting.

There is literally no better way to learn how to pilot a deck than watching a highly skilled player play. In this game, deck lists give you the basics, but there's so much more to your strategy than a pile of cards can tell you. You can learn play patterns, watch them respond in real time to threats their opponents present, and learn what they prioritize in hands.

Let me give you a real-world example. I've been quite interested in Iyslander since Everfest previews revealed her. But as a player who never had any interest in Kano, I had no experience whatsoever with Wizard strategies. Learning Iyslander was a huge undertaking for me, and I was relying heavily on decklists and Discord to help me.

Then I watched Kevin Zänker playing Iyslander in the Calling: Krakow- saw how he utilized Kraken's Aethervein, how he used Firebreathing to bait out blocks- and it all clicked. It took real-world gameplay to make sense of that strategy. Since learning from Zänker's Krakow performance, I've taken Iyslander to second place finishes at my local Armory twice- which, for a novice Wizard, is pretty respectable. 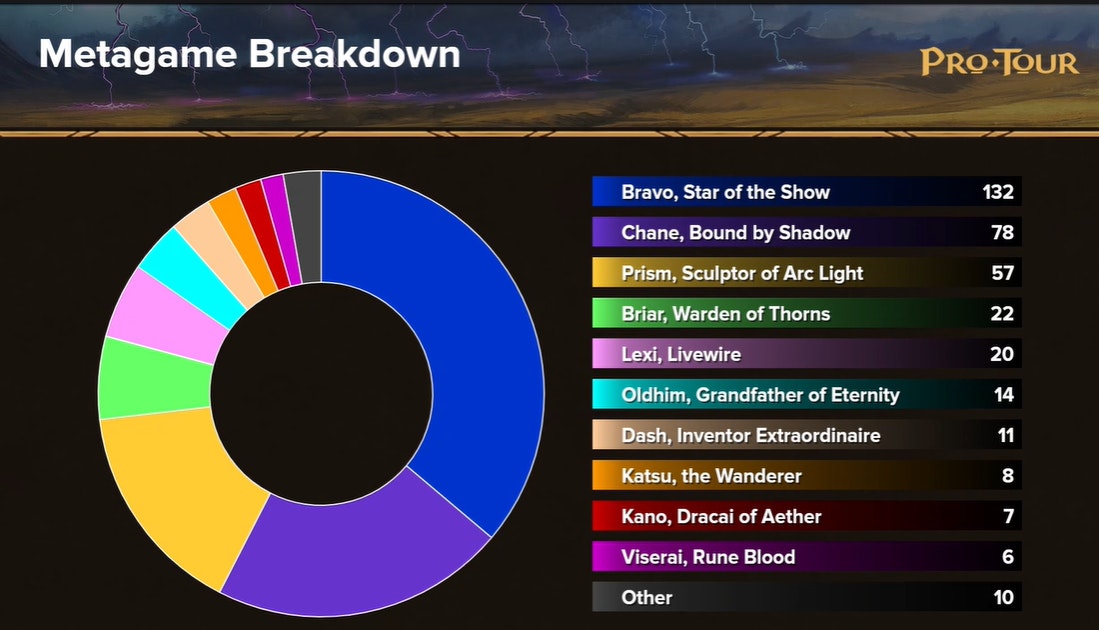 The image above shows the Pro Tour hero breakdown.

What it doesn't show is the players associated with those heroes. And that's incredibly relevant.

As I said above, the best option for those of us stuck at home is to go to the source and stream the event. But you can't have your eyes on a stream all weekend long, and so your next best option is to check in with discussion. Jump on the FAB Discord.

And don't stay solely in the New Jersey channel; jump around to class-specific channels to see what games and which players they're buzzing about. Brendan Patrick playing Kano this weeekend was a bold, surprising choice- what does that mean for Kano's prospects? Yuki Lee Bender presenting a master class on Lexi during the 3rd streamed game of the weekend- will this represent a change in outlook for this underrepresented class?

Get to the Workshop!

All this fresh, high-end content is sure to get you in a FAB frame of mind. Take advantage of it! Get out your cards and start rebuilding your decks. You don't have to wait for decklists from the event- in fact, I'd encourage you not to. Base your work on the gameplay you see, not the lists you read. Build around lines of play and card interactions. Theorize. Speculate. Ask yourself what you might have done differently to avoid that loss. Or how you can replicate that win.

If you're at the Pro Tour: New Jersey, your focus needs to be in the deck you're playing. But if you're at home, you're free to follow wherever inspiration leads you. Let your mind wander.

New Jersey is for Everyone

... which is to say, the significance of this event, and what it brings to the game at large, is of benefit to everyone. You don't have to be there to get something out of it. But don't get distracted by the swag, bemoan your situation, and miss what the Pro Tour has to offer you.

I know that Viserai got hit by the bans, but seeing more Kano than Viserai is incredible. Seeing some love for my favorite hero.

Kano's performance thus far has been so impressive. I would not be surprised to see Kano make the Top 4 this weekend; and it's entirely possible he makes, even wins, the finals.

Today we're shining a spotlight on our amazing authors' other projects.

Finding Your Voice: Entering the World of Podcasts and Video Content

Dipping your toe into the vast sea of content creation can be intimidating. Matt walks you through what to expect, and how to best approach the humble beginnings.

Making Your Tournament an "Event"

Not every tournament needs to be an event. But when you want to drive attendance and leave people talking, these tips may be just what you need.