While Warriors have been a part of the game since Welcome to Rathe, the addition of talents requires an entire redevelopment of the skills honed with Dorinthea and Kassai. Boltyn is a different kind of Warrior, one whose strategy requires clever sequencing and the use of attack actions.

Ser Boltyn, Breaker of Dawn is one of my favorite heroes in Flesh and Blood. Hailing from the city of Solana, this Light Warrior uses a unique mechanic (charging) that allows him to put cards into soul and later spend them to unleash powerful effects. This essentially adds an extra way to pay for things- and while charging your soul can be expensive at first, it can ultimately lead to a great payoff.

Boltyn features a “standard” four intellect and forty life, like most adult heroes in the game. However, unlike many heroes, Boltyn has two different abilities.

The first ability allows Boltyn to get +1 power on attacks he controls that are blocked by enemy attack action cards- but only if he has charged in a turn. (We’ll come back to what charging is shortly). This is a nice bonus that makes Boltyn harder to defend against for heroes that play a bunch of attack action cards- which is to say, most heroes!

Next, Boltyn has an activated ability that allows him to give an attack go again if it has more power than its base value. Unlike some other hero abilities, this ability is not restricted to only going off once per turn! However, it does require you to banish a card from your soul; so while the theoretical upside to a turn with lots of bonus go again is very high, you’ll need to set up some cards in soul first.

Pro Tip: One interesting note is that Boltyn’s two abilities synergize! If you attack after having charged in a turn, and if the opponent defends with an attack action card, the +1 from Boltyn’s first ability allows you to use his second ability to give your attack go again! Just keep in mind that your opponent might not defend as you want them to, and you might find your intended wide turn cut short!

This brings us to Boltyn’s unique mechanic: charging. Several Light Warrior cards can charge by voluntarily putting a card from hand into your soul (a special zone under your hero card) as an additional cost to playing them. Why would you want to spend an extra card when making an attack?

First, several of Boltyn’s cards- like Take Flight or Bolt of Courage- have relevant text that is only enabled if you have charged in a turn. Similarly, Boltyn’s first ability relies on having charged- no charge, no bonus stats. This means that you’ll often want to charge in order to use your cards at “full power”.

Second, charging puts cards into the soul, which you can later use to fuel Boltyn’s second ability or other cards that draw on the soul (such as Celestial Cataclysm). This means that even if you’re not getting much immediate benefit from charging, it can still be a good move to set up for strong plays later on in the game.

Rules Tip: While charging puts a card into the soul, effects that put cards into the soul do not count as charging unless they say so! Cards like Illuminate or Halo of Illumination do not charge even if the net result is the same: a card going to soul.

The downside of charging is that it costs a card. As a result, Boltyn can be a bit “card-hungry”; even playing a basic attack like Take Flight can take three cards to operate at “full power” (the Take Flight itself, a card to pitch, and a card to charge).

To get around this, many Boltyn decks play low-cost attacks and effects that produce resources in order to avoid having to pitch very often. If you can play your turn without having to pitch anything, it’s easier to afford the card you need to charge with. A single Energy Potion can fuel an entire turn for Boltyn in some situations!

The Weapons of a Warrior

Unlike some heroes, Boltyn has several weapon combinations that see competitive play.

The first, Raydn, lends itself to a deck that plays an interesting mix of aggro and setup. A Raydn deck isn’t going to have the same degree of constant pressure that an aggro Briar or Katsu might be able to exert, but its “big turns” can be extremely powerful.

Alternatively, some Boltyn players have found success with a combination of Cintari Sabers + Lumina Ascension + Courage of Bladehold. I discussed this style of play more in a previous article, but basically this deck tries to charge up its soul and gather a few pieces before unleashing a huge turn where it attacks seven or more times in one go.

Some Boltyn players have combined both Raydn and the Cintari Sabers into the same list! While you can only have one or the other equipped during a given game, running both can allow a player to select whichever seems more appropriate for the matchup during setup, potentially catching an opponent who expects you to be playing the other option off-guard.

(Boltyn can also run Dawnblade, Talishar, the Lost Prince, or the two Hatchets, though any potential in these builds has yet to be fully realized.)

Most Boltyn decks, whether they be Sabers or Raydn, are built around a core of attack actions that give an opportunity to charge. Personally, I often run 27-30+ charge attacks in Raydn to minimize my odds of seeing a turn without a charge attack in hand. Some of my favorite charge attacks are Take Flight (I play all nine copies- three in each color!) and Bolt of Courage, but I play several 'weaker' cards as well (such as Express Lightning) in order to ensure greater charge consistency.

Once you have a solid base of charge sources, you can then add to that with cards that buff your attacks (these are strong in the deck because they allow you to use Boltyn’s second ability for go again) or cards that synergize with having charged (like Valiant Thrust or Battlefield Blitz). These cards can allow for very powerful turns. For instance, if you pitch a yellow card to play Take Flight (red) with a charge, swing Raydn, use Boltyn to give Raydn go again, then play Valiant Thrust (red), you’ve just swung for three attacks and 14 damage using four cards- and all three of those attacks can get boosted if blocked by enemy attack action cards to boot!

Lumina Ascension is a bit more complicated. This card buffs your weapon (or weapons), granting a power boost, an on-hit effect that allows you to potentially heal and put cards in soul at the same time, and potentially the ability to swing your weapon (or weapons) more than you’d otherwise be able to! Further, the effect stacks: playing multiple Lumina Ascensions in a turn can be really overwhelming for an opponent, allowing far more attacks than normal and triggering the Lumina Ascension effect multiple times if those attacks get in! The core combo of the Cintari Sabers build revolves around playing multiple copies of Lumina Ascension in a turn and combining it with Courage of Bladehold to get many free weapon attacks with powerful on-hit effects enabled.

Boltyn’s at his best when he has a bit of time to set up. As a result, he can be a bit off-balance when dealing with opponents that are very aggressive- especially those that have powerful on-hit effects. Dorinthea, for instance, can exert so much pressure that it becomes difficult for Boltyn to defend effectively while still building up cards in soul to allow for big turns later. As a result, Boltyn decks may want to put some defense reactions in the sideboard to help them defend against these high pressure builds.

Since Boltyn tends to be strappedfor pitch, Kano can be a major threat. Boltyn lacks the pitch to reliably use Arcane Barrier much, and Kano typically doesn’t run very many attack actions, rendering Boltyn's inherent damage modifier useless.

Similarly, Ice effects can be frustrating for Boltyn- though since he is fine with taking things slow for a bit, Ice can sometimes prove less effective than an opponent might expect!

Putting It All Together

Overall, Boltyn is one of my favorite heroes in Flesh and Blood. While he requires a bit more setup than some to be effective, the big turns that you can get once he’s set up can be very much worthwhile! I found switching to Boltyn after playing Dorinthea a lot to be difficult at first- I kept getting too aggressive and dying- but once I got into the groove, I really began to enjoy the Light Warrior’s style of play. With a supplemental set on the horizon, I’m excited to see what the future holds for Boltyn! 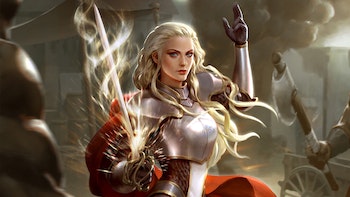 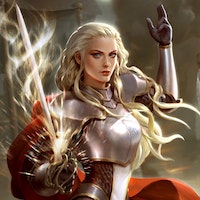 Sick of Warrior? You Should Be Grateful for Boltyn...

Warrior is all about efficiency and consistency. Which is why expanding the card pool is probably a good thing. 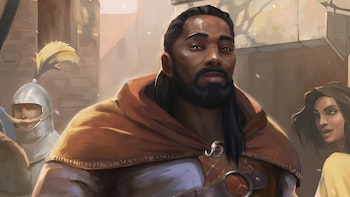 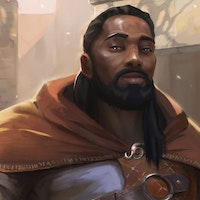 Discovering the Soul of Boltyn

Boltyn is newest addition to our legion of Warriors, and he brings with him a new level of deckbuilding complexity that has not been present with either of his predecessors. 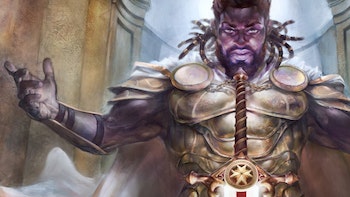 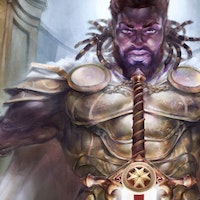 Why Is Boltyn Excelling in Europe?

Data from the Road to Nationals painted a picture of a Chane-dominated meta. But specifically in continental Europe, Ser Boltyn leads the pack. Davis Kingsley of TowerNumber9 examines this unique pocket meta, turning to one such Boltyn player for insights.

A punisher mechanic asks your opponent to make a decision, and punishes them for choosing wrong. Dorinthea is a prime example of punisher mechanics- but she falls victim to them just as often!

Why Is Boltyn Excelling in Europe?

Data from the Road to Nationals painted a picture of a Chane-dominated meta. But specifically in continental Europe, Ser Boltyn leads the pack. Davis Kingsley of TowerNumber9 examines this unique pocket meta, turning to one such Boltyn player for insights.

Dropping the Dawnblade: Axe Dorinthea and the Road to Nationals

In the opening week of Road to Nationals, Hatchet Dorinthea came out of nowhere to win an event. Christian Gilbert shares what led him to this unexpected deck- and why it worked.