The potential of a class in Flesh and Blood is not limited to its inner mechanics; it extends to the general synergy found across their cards. In Runeblade, runechant tokens are their main mechanic, and their cards are heavily reliant on them. Runechant tokens deal one arcane damage, a type of damage that can only be blocked by Arcane Barrier.  Runechants comprise the mechanic of the class, but the synergy is how the card pool harnesses those chants for uses beyond damage.  Most attack actions in Runeblade are big attacks that require many resources to be utilized. However, these attack actions can be discounted depending on the number of runechants  on the field. An ideal scenario for Runeblade is to have a plethora of Runechants on the field to discount cards in hand and unleash a mix of might and magic upon the enemy.

Within the rungs of the CC format, Runeblade is unfortunately listed at the bottom tier. However, these Tier lists are based on results from months ago while the format was fresh. It can also be said that the class has not been truly explored and refined by the players in the community due to COVID-19 restricting competition in numerous countries and an emphasis on Blitz. Nevertheless, it cannot be denied that Runeblade is not an easy class for a new player to pick up, and is unlikely to net them early competitive results. That may have hindered Runeblade's chances of early buzz.

However, with the proper strategy, Runeblade can match up well against the field. Below, we'll run through the matchups and briefly discuss how to approach them.

In my region, Warrior is the class to beat within the format. Due to its versatility and mind tricks, players have to be extra careful when dealing with Warriors. However, Runeblade actually has a great matchup against Warrior. Between the defensive nature of the Runeblade class and the fact that Runeblade has naturally high defense on its class equipment, Runeblade fares very well against Warrior. The game plan of a Runeblade player in this scenario is to accumulate as many runechants as possible while defending well to unleash a powerful attack upon the enemy. Packing Unmovable in your sideboard makes the win more attainable as well.

Ninja is a deck that is actually quite versatile in this format due to its different archetypes. One would be the control variant as demonstrated by Sasha Markovic and another would be the standard aggro combo variant. Both of these are viable and can dominate if piloted by an experienced player. For the control matchup, it would be a test of pitching well to prepare for the late game push; this approach is very skill intensive. In this case, the Runeblade should always save those big attacks for the late game to consistently push through the damage. Remember, a control Ninja does not have many explosive turns, instead relying on their Kodachis to chip away your life total. Chains of Eminence would be a great card as it will heavily reward you if you had kept track of their pitching. For the aggro matchup, the combos are the key to their deck. The Runeblade player should focus on blocking the key combo card to prevent them from hurting you further. Blocking their Mask trigger is also key in this matchup. Dropping just below their health disables their Scar for a Scar while disabling their ability to recover health if Reaping Blade was your main weapon. Snag is also a key card against aggro Ninja.

Brute is a class that heavily emphasizes big hits while preventing you from blocking by using the keyword Intimidate. In this matchup, the Runeblade will always be in an unfavorable spot due to the immense pressure from the Brute player. In this case, the Runeblade player should opt for a more high-risk, high reward playstyle by taking damage to conserve cards that can put pressure on your opponent next turn. Tempo is key for the Runeblade player; losing tempo will quickly spell defeat.

Guardian has always had just one type of playstyle: alternating between tank turns and big hits. However, this is not to be underestimated as Guardian truly hits hard with proper setup and sufficient resources. In this matchup, the Runeblade player should try to reduce the damage below 4, disabling Crush effects, while trying to set up runechants to swing for one big turn. Opting to go aggressive on turns when the Guardian player does not have defensive cards such as Stonewall Confidence might be a path forward also. Keep in mind that Guardian decks have tons of blue pitch, so it might be hard to push damage at times.

Generally, Runeblade has a very good matchup against Ranger. This is due to Runeblade’s ability to switch between offense and defense. The armor that the Runeblade player typically equips helps a ton to mitigate damage. The Runeblade player just has to keep in mind the power plays that Rangers are looking for: Remorseless or Red in the Ledger, enhanced by cards like Plunder Run and Take Aim.

Not going to lie; Wizard can be a very big pain to Runeblade players. Although Wizard has a lower health total compared to other classes, it doesn't really matter as the output of damage that Wizard can achieve is absolutely frightening. Consider also that Wizard decks have a high blue pitch count similar to Guardian, which enables them to block runechants with ease. Of course, this matchup largely depends on the skill of the Wizard player. Runeblade players can look to punish Wizard players when they go aggressive on your turn and when they deplete their hand. In that case, a big Arknight Ascendancy enhanced with Oath of the Arknight should swing the game back in your favor.

There are currently two archetypes for Mechanologist: Boost and Chamber. The Boost type focuses on getting multiple attacks within the turn, while the Chamber type focuses on late game with multiple items increasing the threat of Pistol shooting multiple times. The Boost variant plays similarly to aggro Ninja; the Runeblade player should play similarly against it. Against the Chamber variant, the Runeblade player should look to push early in order to stop the game from dragging into the late game, where the Mechanologist realizes its potential.

Overall, Runeblade is a class that has great potential to make it with the meta classes. This seems all the more likely with more people picking up the deck for Blitz as an underdog counter to Ira. In classic constructed, however, players are still finding the optimized decklist.

A less tangible element of Runeblade's potential is its aesthetic, which I believe heightens interest in Runeblade from the first impression. As events slowly start back up across the globe, Runeblade hopefuls are in a prime position to usher in an era of top placements for the ultraviolet Sith impersonator. 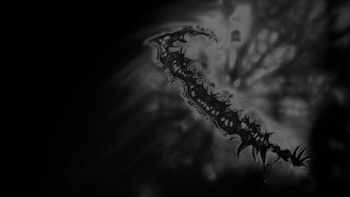 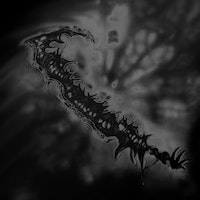 FaB101: Viserai and the Runeblade Class

For those willing to delve deeply and invest the time to learn, Runeblade can be a complex and rewarding class to bring to tournaments of any size.

The Next Link: Moving on from Chane

Chane attains Living Legend status in Classic Constructed! So what do you turn to now?

FAB101: Briar and the Runeblade Class

Balanced between offense & defense, between magic & might, Briar bridges the gap between humanity and nature.

FAB101: Chane and the Runeblade Class

Chane's access to banished power pushed him to the forefront of competitive play, earning him the title of Living Legend. Learn how to harness the power of the shadows.