Flesh and Blood print runs and unlimited printings have been a rich source of discussion for as long as I’ve been involved with the game. Questions about the long term value of unlimited releases have lingered since they were announced, and we’ve seen various sets’ unlimited editions rise and fall over the past year. Crucible of War Unlimited being declared officially out of print marks the first time we have an expansion that is totally done being printed. Today I’m going to review what I think we’ve learned so far and do some speculation of the future of Crucible and War and other unlimited sets. 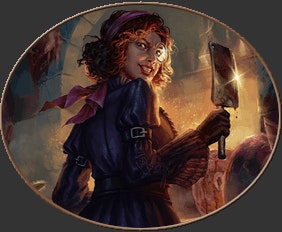 Before we get too into the weeds, I do think that it’s important to note that Crucible of War, as the only supplementary set released thus far, is a weird outlier as far as FAB sets go. The fact that it didn’t initially have a planned unlimited release- and that we only got this one in response to soaring prices- should be held in mind when considering the future of other sets to be retired.

We won’t have Collector’s Center numbers for a while, but I wouldn’t be surprised to see that Crucible Unlimited is a smaller print run than other unlimited releases. That’s potentially good for its value. On the other hand, as a supplemental set, Crucible of War is undraftable- so there isn’t going to be any future attrition on the supply due to people nostalgia-drafting it. Any boxes being opened from here on out will be for entertainment purposes. 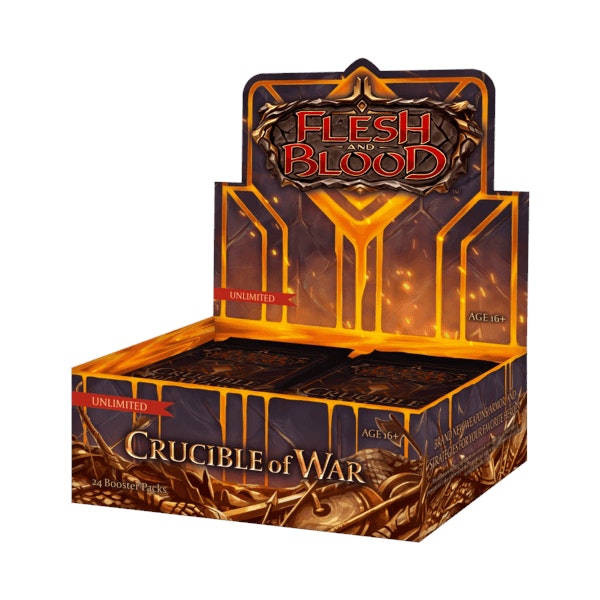 First, there seems to be a non-insignificant amount of CRU boxes still moving through the supply chain, which will potentially slow further price acceleration or even cause retracement.

The initial reaction to the Out of Print announcement was a frenzied wave of buyouts with a price spike that has already begun to recede. Compare this to something like the Monarch release: enthusiasm drove prices up, then prices dropped notably, found their floor, and slowly crept back up.

In under a week, Crucible Unlimited went from MAP to a high sale of $177 on TCGPlayer and has since moved down to the $115-130 range. Prices could even continue to retrace from here, although I suspect that is largely a question of how much product is still headed from distributors to stores.

Despite being an unlimited set, CRUU should begin to accrue steady long term value from here on out as a sealed product. Still, I’d personally rather buy Tales of Aria first edition, which is a cheaper sealed box. I just feel a lot more confident betting on a product that contains cold foils, especially when it’s cheaper.

Even if you’re looking to own a diverse range of sealed boxes, I’d still be hesitant to buy CRUU at current prices because it’s already made such a significant jump. If you want to hold some unlimited products, it might be a good time to consider accumulating WTRU and ARCU while they’re still sub-MAP. We don’t have any actual news on the lifecycle of those two products, but they seem likely to be the next ones to be discontinued. 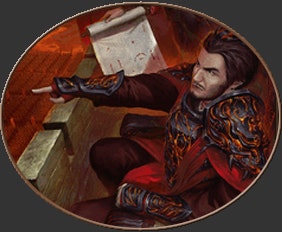 (That said, I hope that LSS is attuned enough to the secondary market to realize that OOP-ing ARCU before Command and Conquer is available in a new product would be a debacle for singles prices. It’s already $100 with readily available sub-MAP boxes. If those boxes go out of print, who knows how high it will spike.)

While I’m on the subject of singles, it’s worth considering whether CRUU singles are worth your money as an investment. (If you need them for play, you’re going to have to pay market regardless of their long term prospects.)

In the immediate aftermath of the OOP announcement, people snatched up pretty much everything of Majestic rarity and up. Shiyana went from $60 to over $160 in a matter of a couple days, with multiple peak sales of $250+ in between. Remorseless went from $30 to highs of about $60 and is now back down to $40-45. So, we’ve got similar responses to what we saw with sealed box prices: rapid acceleration and then a notable dip, all in a couple days.

Whereas I feel like a sealed box of CRU at MSRP or below is a pretty safe long term hold, I have significantly less confidence in unlimited singles. In the abstract, first edition printings are the premium collectible versions of cards, and after that it can get messy. We’ve seen alternate art printings and variants in FAB, and, as every card in CRU is open to future reprints, we could potentially see either or both of these treatments applied to any notable card in CRU.

For example, Remorseless at $45 is a much more expensive Majestic than anything we’ve seen in Monarch or Tales of Aria, which currently have their top Majestics as Soul Shield at $22 and Pulse of Volthaven at $14, respectively.

﻿In short, I would avoid unlimited singles at this stage unless you personally want to use or collect the cards.

One final lesson to take from all of this is that the FAB market moves incredibly quickly at this stage of its life. Content (like this article) never comes out quickly enough to allow you to get in on early buys. You’ve got to be tuned in and in the right place at the right time.

When Crucible Unlimited was announced as OOP, I immediately got notifications from friends and contacts in the community as they began to clean out the market of cheap boxes and singles like Shiyana. However, I was in a movie at the time, and didn’t get the messages until it ended and I was walking home. By that point- a little more than an hour later- pretty much everything cheap had been purchased.

﻿On the whole, you’re not going to be able to predict moments like this. For me, the opportunity on Crucible unlimited has largely passed. Sealed boxes will very likely grow in value over time, but, as noted, I think there are other, better sealed boxes out there for less money.

Love what you're reading? Why not join the Rathe Times as a subscriber? Subscribers get access to all Pro Series content (currently 34), written by some of the best players and authors this side of Rathe! To subscribe, head to the FaB DB patreon page and select a Supporter+, Majestic+ or Legendary+ tier.

State of the Market: End of November 2021

ToA Unlimited! Out of Print announcements! Everfest! What have all these news items meant to the market?

State of the Market: End of October 2021

An otherwise relatively calm month saw one major market event in the eleventh hour! The market report is a few days late, but for good reason. Read on!

State of the Market: End of September 2021

Tales of Aria has dropped, and how has the market reacted? Ada Korman is here with your monthly update.