If you have been following the lore, then you might be familiar with the ending of Viserai’s latest story. Return of the Shadow describes a conflict between Viserai and the cultists of the Demonastery, which eventually leads to the release of a mysterious entity.

The doorway is opened. Behold, iArathael. 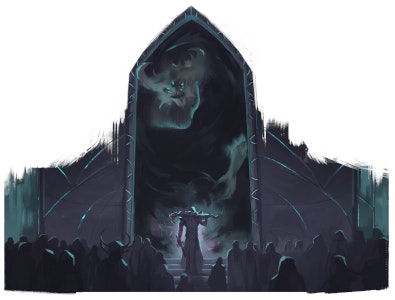 Details such as this, along with the notion that Monarch is meant to introduce concepts that have been in the works since this game was in the design phase, could mean the announcement of a new PVE system. PVE (Player Versus Environment) is a style of play where instead battling other players, heroes might band together to defeat a greater threat, like iArathael.

If these details haven’t piqued your interest, then what about Flesh and Blood’s rating policy. In the most recent update to policies, the rating policy received some adjustments, which included the addition of new event types. These new events are Pro Tour and Pro Quest. On seeing Pro Quest I instantly jumped to the idea that this could be hinting at the PVE system. Only time will tell.

For those wondering how PVE would even work in a trading card game like Flesh and Blood, let me explain. Imagine that your local game store was sent a Brawnhide deck with prize support. Every week, a select number of players would be allowed to enter the event, with players rotating in and out in future weeks so that everyone who wanted could participate. When the event begins, players sit around a large table with the event organizer at the table’s head. The players examine the Brawnhide card, which shows off the terrible monster covered in thick brown fur, tearing apart a hero with its large claws. The Brawnhide towers over its prey, gnashing its sabre-teeth and aiming its large, bloodied horns towards the sky. Players’ jaws drop as it boasts 120 life and two Claw weapons, which can each deal 6 damage for only two resources. The players strategize and gear up for a long and intense battle with the beast, and after a long struggle, with some casualties along the way, the Brawnhide falls. As a reward, each player is given their own Brawnhide Bracers to add to their collection and to serve as a reminder of the thrilling and funny moments of their encounter. 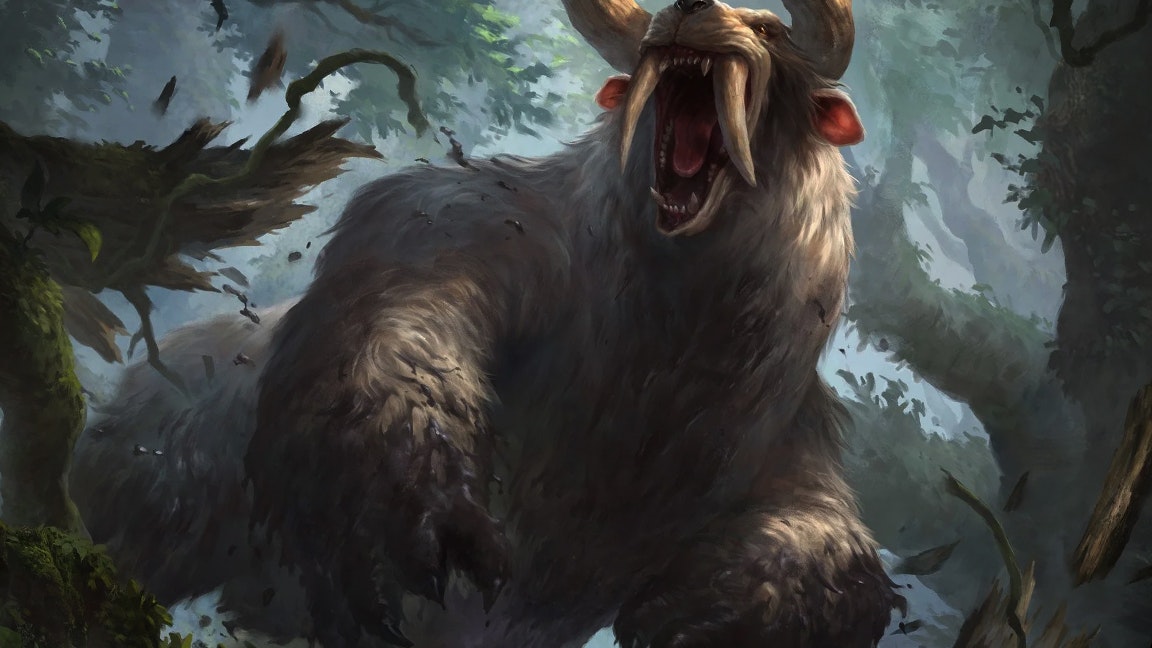 If you are excited for the idea of this game type, it is never too early to start thinking of strategies that work well in a PVE setting. For example, Promise of Plenty and Coax a Commotion are bound to be staples in this format. Both of these cards have great on hit effects that benefit all of your allies without benefiting the monster you’re fighting. The other thing to start looking out for are all the unique and interesting creatures in the lore.

What monster do you want to fight?

Wesley Lingard has been playing Flesh and Blood nonstop since the release of Arcane Rising, and has had lots of time to study the game. Wesley lives in Australia, which is where he plans to climb to the top of the competitive scene. His favourite deck to play is Ranger, because of its mechanical complexity and because it isn't such a meta deck.

It might be interesting to have a swarm of monsters that the heroes have to battle. Perhaps something like defending a village from dregs as mentioned in Bravo's story.

This would be incredible. I'm all for as much content within this game's world as possible.

Volcor, Iyslander, and the New Horizon

Uprising previews have unexpectedly arrived, and everything is changing.

Major Tournament Prep and the Mantra of Respect

Preparing for a major tournament goes well beyond the tabletop.

Mark dives further into the world of Cubing, introducing the Set Cube formula as well as his own Refined Set Cube for Welcome to Rathe.