My name is Alex Truell. I'm the editor for the Rathe Times. I'm a casually competitive player overseeing the growth of a Flesh and Blood scene in Ripon, WI.

Strategically, I try not to follow trends, instead fixating on cards and tactics just outside the mainstream. I view this game through the lens of a player who cares about the competitive environment, but doesn't have to live in it; an optimist who loves the game, but can take a step back to critique it; and a deckbuilder who revels in novelty. 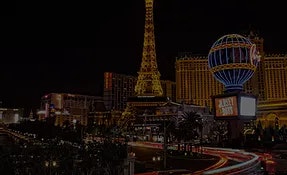 I haven't really talked about The Calling: Las Vegas yet- from my vantage point at home in rural Wisconsin, it didn't feel like my place to say much about it. But in so many ways, the events of that weekend have defined the Flesh and Blood community ever since.

Many have talked about the legitimizing of FaB in the eyes of the TCG public. Over 1000 players will do that- and so will professional conduct, positive experiences, and top-notch streaming coverage.

Then, of course, there's the item of interest that is Chane. His victory was long assumed to be a foregone conclusion; and while the relative diversity of the field was encouraging for anyone who's familiar with a warped meta in a TCG, the fact of the matter was he was still leading the pack, and that couldn't be ignored after a month of expecting it. When an unlikely Prism- considered by many to be the most overplayed deck for the poor results it posted- successfully called the meta and unseated Chane in the finals, the narrative changed overnight.

But what captured my attention was a subsequent combination of events that made the aftermath of The Calling unlike any major tournament I've seen before.

We had been living in a meta honed for the Chane matchup. Decklists had been adjusted to respond to him; classes had been written off for poor performances into him. Even speculation for the upcoming set release had been shaped by theorycrafting into him.

The meta shattered in a week.

Nothing is Certain Anymore

Entering into an established competitive game can be a daunting prospect. Not only do you have rules to learn and strategies to develop, but you have opponents who are further along in that journey- sometimes by months, sometimes by years. That's unavoidable, to a certain extent. But it can be mitigated.

A few months ago, your average newbie could expect to sit down at an event and get treated to the blowout match that is- scratch that, was- Chane. They'd say to their next opponent, "I just finished a match against Chane- he felt really broken!" and, expecting to hear advice and encouragement, may get met with an eye roll. They'd hop online that night and find the community largely in agreement. And while "it's not just you" can be an encouraging message, it doesn't offer much hope of things getting better.

What does the average newbie get at a tournament now? If they sit down against a 'meta chaser', they're likely to be facing Prism- and the follow-up advice will be full of practical tips for how we'd all controlled for her just after Monarch. "She felt broken" gets met with "there's something you can do"- that's encouraging! But the odds of overwhelming Prism presence are much lower than the odds of overwhelming Chane presence had been; and there's a new set to be explored!

"I just faced Lexi- she really felt broken!"
-"Was it Ice or Lightning? I haven't faced a Lightning build yet."
-"Oldhim really shuts her down. If she gets too dominant, pick up the Blitz deck."
-"That Lexi kicked my butt last week too! I made a few adjustments, hoping to see if they improve my matchup."

What hasn't changed is the knowledge and skill that experienced players bring to the table. What has changed, however, is the cultural knowledge, the norms and expectations of the tournament scene. Tales of Aria is here, Chane is completely rediscovering himself, and everyone is learning anew what to expect of the meta. In some ways, there's never been a better jumping on point.

While I was browsing the Azalea channel on the FAB Discord to get fresh ideas on how to adjust my pitch curve for the Ice matchups, I heard a rumbling about a growing Levia threat.

Because Levia is no longer a pale comparison to Chane. And because Levia effortlessly exploits Prism's fragile Phantasm attacks. And most of all, because players had been persistently working to improve her game. Without a single new card in Tales of Aria, Levia nonetheless benefits from a shift in the landscape.

Levia may be a legitimate threat.

But what's more interesting to me is, no one really knows! It's been a full month now, and in the absence of major tournaments a clear picture of the meta has not developed. In its place is an energy of potential and a drive for exploration.

We have guesses. Some of them more educated than others. We have speculations and hopes and secret deck techs. We have our local champions, some performing well above what the online community expects of them.

You may have seen it in the tone of our content here at the Rathe Times. There's a lot less specific, competitive content this month because we're all living in a theoretical world right now.

Revel in where we are right now, because it won't last.

Soon, a major tournament will curate a meta for us, and we'll all have to respond to it in some fashion. Soon, pet decks will have to be set aside for 'casual nights', because its counters were deputized by high-level representation.

Suggested Reading from the Archives

In honor of the wild wild west of deckbuilding we're all enjoying right now, I'm suggesting a few articles on unconventional decks and unsung heroes. There's never been a better time to try something crazy.

Fantastic overview of what's going on in the meta and community right now.

Rathe Times contributors in real life! And we look at preparing for new players in the wake of increasing exposure.

LSS has charted a bold path forward for Flesh and Blood- and it's perfect for preserving your local play group.

Your local FaB scene is a treasure. Don't spoil it.